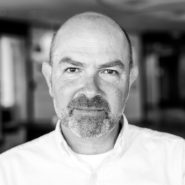 Chris Anderson is the CEO of 3DR, founder and chairman of the Linux Foundation's Dronecode Project, and founder of the DIY Drones and DIY Robocars communities, including the ArduPilot autopilot project. From 2001 through 2012, he was the Editor in Chief of Wired Magazine. Before Wired, Chris was with The Economist for seven years in London, Hong Kong and New York.