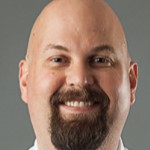 Frank has been working in Geomatics since 1995, and is the Business Development Manager with Wood. Mr. Hahnel is an expert in the use of 3D laser scanning systems and has worked on a wide variety of scanning projects. Some of them include petrochemical facilities, wall deformation surveys, scans on piles to determine volumetric calculations as well as assisting multiple law enforcement agencies across the United States to scan, process, and reconstruct active accident and crime scenes. Mr. Hahnel, a Native Floridian, assisted in laser scanning the exterior of the H.L. Hunley Civil War submarine in 2000. In 2001, he worked with the Army Corps of Engineers at “Ground Zero” four days after the 09-11 terrorist attacks. In December of 2001, he scanned the exterior of the Pentagon for the Federal Bureau of Investigation (FBI). In the winter of 2002, he worked with the New York Police Department, New York Sanitation Department, and the FBI to laser scan the World Trade Center debris piles at the Fresh Kills Landfill in Staten Island. His personal photographs, scan data, and story were published in Professional Surveyor Magazine in a three-part article in 2011. In June of 2016, Mr. Hahnel worked alongside the Orlando Police Department to forensically map the Pulse Nightclub Terrorist attack that killed 49 people in Orlando, Florida. Mr. Hahnel’s enjoys educating people on the time and cost saving benefits available from the utilization of remote sensing services on their projects. Mr. Hahnel is a member of the International Association for Identification and the International Association for Counterterrorism & Security Professionals. He is also a volunteer with the Orlando Police Department’s Crime Laboratory since 2017.