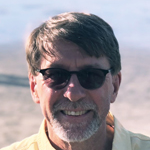 Jeff has a Master’s and Bachelor’s in Economics. He currently works in businessdevelopment in the UAV division of GEO-Jobe GIS Consulting. He is a Part 107 LicensedUAV pilot with the FAA. He plans, conducts, and processes drone based aerial photographymissions. He works extensively with topographic data and analysis derived from the Orthophotos GEO Jobe captures.Previously, Jeff was a project manager for 8 years with a consulting engineering firm inBrentwood, TN. He managed GIS data management and data updating efforts for theNashville Public Works automated routing applications.Prior to that, Jeff completed a 20+ tenure with the Nashville Planning department as theAssistant Executive Director. He started out as Head of Research which is where he firststarted working