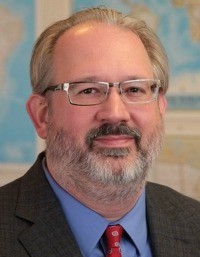 Kraettli is CEO and co-founder of Vigilant Aerospace Systems, which provides collision avoidance and situational awareness solutions for unmanned aircraft based on an exclusively licensed NASA patent and software. Kraettli has a 20-year career as a founder and investor in early-stage technology startups. He began his career as a software developer and plays a hands-on role in technical strategy and execution. He is also the co-founder and chairman of R7 Solutions, which provides geospatial software and data management for utilities, pipelines, wireless, solar, wind and rail systems including Houston METRO’s $1Bn regional rail expansion. Previously, he co-founded Questia Media which raised $160 MM in venture capital to build the world’s largest online academic digital library for students. The company was acquired by Gale Publishing in 2010. Kraettli focuses on identifying and developing disruptive technology companies that have a positive, world-changing impact and that facilitate greater openness and access to information and opportunity.