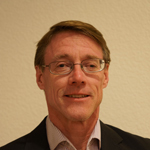 Mark Davis, Ph.D. is Vice President in the Next Generation Systems (NGS) Group at Intel Corporation. Currently, he is responsible for NGS’s UTM-related initiatives (UAS Traffic Management), including standards, research, and prototyping. A 35-year veteran of the telecommunications industry, Dr. Davis was a founder of VIA Telecom, acquired by Intel in 2015. There he served as Vice President and Chief Technical Officer, responsible for all aspects of the company’s research and development as well as its overall technology roadmap. VIA Telecom sold baseband, radio, and power chip sets and reference designs for cell phones, modules, and IOT devices. It was based in mainland China, USA, and Taiwan, and sold to leading cellular device makers worldwide. Before that, Dr, Davis was at Linkabit, later acquired by Hughes Network Systems, where his work focused on embedded software for satellite communications and VSAT terminals. Mark Davis earned his bachelor’s degree in Electrical Engineering from the Massachusetts Institute of Technology and his Ph.D. in Electrical and Computer Engineering from the University of California, San Diego. He is also an active RC pilot and AMA member.