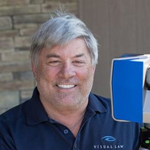 Mr. Johnson is a frequent presenter and instructor in the fields of 3D technology and photogrammetric mapping. He began testing Pix4D software and consulting with Pix4D in 2014 and he was the first person Pix4D invited to serve in their Ambassador program. Mr. Johnson was among the first to utilize drone-based photogrammetry in court and his 3D work product has been featured in both state and federal courtrooms throughout the country. He has presented at FBI and law enforcement sponsored events and has completed various contracts in diverse fields outside of forensics that have included mapping a portion of the California high speed rail corridor, conducting time-based progress maps for a solar farm installation and supervising marathon intersection traffic studies for an urban planning project that required maintaining drone coverage continuously for several hours by coordinating pilots handing off the mission coverage in a coordinated fashion.