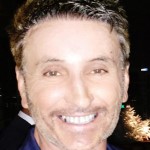 Skip is the founder and CEO of Drone Networks Group and an Emmy-winning aerial cinematographer who has pioneered the use of drones in sports (Fox’s first ever extreme sports show) and dramas (HBO’s The Sopranos, and shows on Spike and USA networks). He is an FAA drone flight instructor at the Unmanned Vehicle University, creator of Drone TV, the world’s first 24/7 all-drone television channel, and has consulted on drone use for all the major Hollywood studios and networks.Skip has spoken at InterDrone, Drone Dealer Expo and at UCLA’s FIlm School, and his work has been featured in Drone 360, Sports Illustrated, Variety and BBC Worldwide.